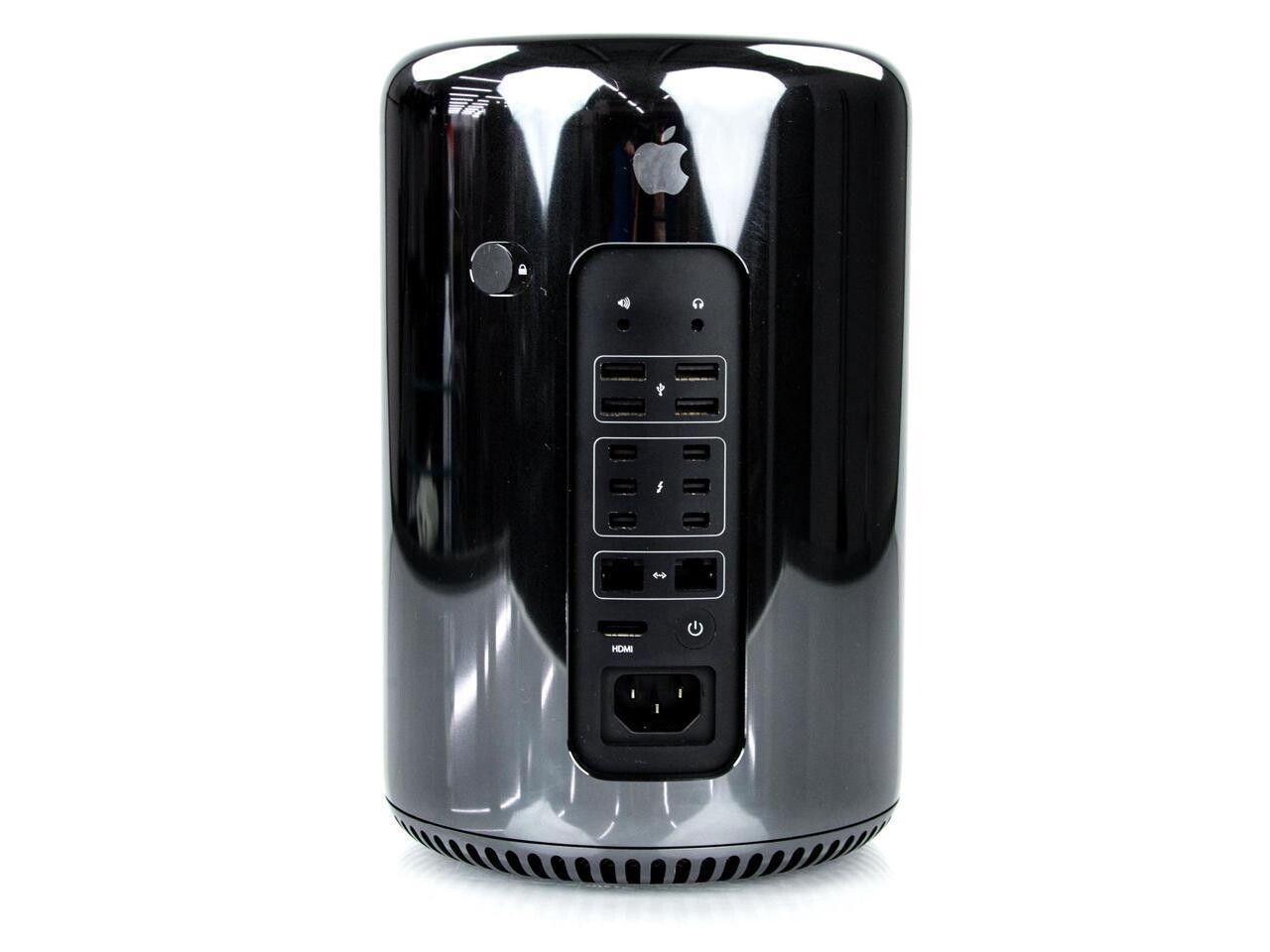 There is no mistaking the "Late 2013" Mac Pro models for earlier ones as they present an Apple described "radical" departure from the large, highly expandable tower case design of yore and instead feature a compact dark gray, glossy cylinder design that is approximately one eighth of the mass but has limited internal expansion.

Save this product for later
Display prices in: GBP